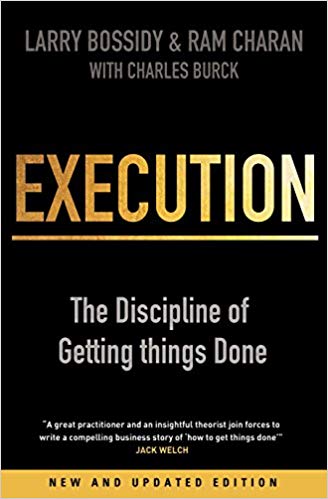 Sometimes, you get that intense drive to change the world, but ten minutes later, it dies, and with it, your potential. This book shows you how you can discipline yourself to go out and make your goals a reality. These insights will pave the way for your moment of glory.

Video Review of Execution: The Discipline of Getting Things Done by Larry Bossidy,Ram Charan, Charles Burck

Quotes & Tips from Execution: The Discipline of Getting Things Done

The discipline of getting things done was what differentiated companies that succeeded from those that just muddled through or failed.

Execution requires a comprehensive understanding of a business, its people, and its environment.

Organizations don’t execute unless the right people, individually and collectively, focus on the right details at the right time

The heart of execution lies in the three core processes: the people process, the strategy process, and the operations process.

Execution is a systematic process of rigorously discussing hows and whats, questioning, tenaciously following through, and ensuring accountability.

People think of execution as the tactical side of business, something leaders delegate while they focus on the perceived “bigger” issues. This idea is completely wrong. Execution is not just tactics—it is a discipline and a system. It has to be built into a company’s strategy, its goals, and its culture. And the leader of the organization must be deeply engaged in it.

The leader must be in charge of getting things done by running the three core processes—picking other leaders, setting the strategic direction, and conducting operations.

The behavior of a business’s leaders is, ultimately, the behavior of the organization. As such, it’s the foundation of the culture.

It is absolutely critical during trying times that you as a leader are accessible, that you project a sense of confidence tempered by concern, that you share as much undistorted and unfiltered information as you can, and that you act decisively. Remember that people are constantly searching for indications about their leader’s ability to carry them through a raging storm and they will interpret or misinterpret the slightest signals, whether those signals are sent intentionally or mistakenly.

To execute well there must be accountability, clear goals, accurate methods to measure performance, and the right rewards for people who perform.

Identifying goals requires a level of savvy and expertise to achieve the right balance. That, in turn, requires the realism and the knowledge of the business and the people that constitute the first two of our seven essential behaviors. Choosing the wrong goals can be disastrous. All too often the wrong goals are set because the leader isn’t realistic about the ability of the people to achieve them. Articulating the right goals is the first step.

But if you have to choose between someone with a staggering IQ and an elite education who’s gliding along, and someone with a lower IQ but who is absolutely determined to succeed, you’ll always do better with the second person.

Follow-through is a constant and sequential part of execution. It ensures that you have established closure in the dialogue about who will be responsible for what and the specific milestones for measurement. 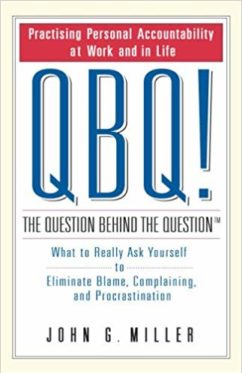 QBQ! The Question Behind the Question: Practicing Personal Accountability in Work and in Life

Playing the blame-game does not change circumstances or resolve problems — but it sure is what most people do. John Miller gives you thought-provoking content that will guide you to the realm of personal accountability. His insights will help you destroy habits such as procrastination and complaining, and drive you towards inner and outer growth.

The Science of Self-Discipline: The Willpower, Mental Toughness, and Self-Control to Resist Temptation and Achieve Your Goals

The first step to achieving anything in life is self-discipline. The Science of Self-discipline will take you out of the false notion that goals and motivation alone can make your dreams come true. It will train you to focus on your priority, discover discipline tactics, identify your emotions and their triggers and many more life-changing practices. 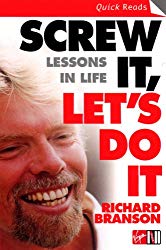 Screw It, Let’s Do It: Lessons In Life

World-famous entrepreneur, Sir Richard Branson gives you an insight into his life — his beliefs and strategies that helped him shatter every challenge he faced on his rocky journey to success. The lessons from his life will inspire you to change your own.