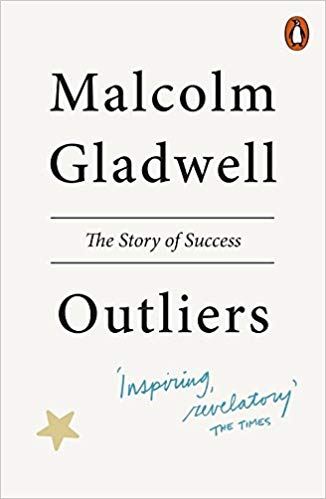 Gladwell argues that when studying successful people, most people focus too much on their traits and personality. Only a little attention is given to their background, their family, their generation and culture. So in this book, he provides the reader with complete insight into the lives of successful people to examine the role of such background influences on their success. His succinct style of writing is sure to entertain, and educate.

Video Review of Outliers: The Story of Success by Malcolm Gladwell,

The idea that excellence at performing a complex task requires a critical minimum level of practice surfaces again and again in studies of expertise. In fact, researchers have settled on what they believe is the magic number for true expertise: ten thousand hours.

The importance of environment

Who we are cannot be separated from where we’re from.

I want to convince you that these kinds of personal explanations of success don’t work. People don’t rise from nothing….It is only by asking where they are from that we can unravel the logic behind who succeeds and who doesn’t.

We overlook just how large a role we all play–and by ‘we’ I mean society–in determining who makes it and who doesn’t.

The values of the world we inhabit and the people we surround ourselves with have a profound effect on who we are.

It is those who are successful, in other words, who are most likely to be given the kinds of special opportunities that lead to further success. It’s the rich who get the biggest tax breaks. It’s the best students who get the best teaching and most attention. And it’s the biggest nine- and ten-year-olds who get the most coaching and practice. Success is the result of what sociologists like to call “accumulative advantage.

It is those who are successful, in other words, who are most likely to be given the kinds of special opportunities that lead to further success.

Outliers are those who have been given opportunities—and who have had the strength and presence of mind to seize them.

All the outliers we’ve looked at so far were the beneficiaries of some kind of unusual opportunity. Lucky breaks don’t seem like the exception with software billionaires and rock bands and star athletes. They seem like the rule.

We pretend that success is exclusively a matter of individual merit. But there’s nothing in any of the histories we’ve looked at so far to suggest things are that simple. These are stories, instead, about people who were given a special opportunity to work really hard and seized it, and who happened to come of age at a time when that extraordinary effort was rewarded by the rest of society. Their success was not just of their own making. It was a product of the world in which they grew up.

For almost a generation, psychologists around the world have been engaged in a spirited debate over a question that most of us would consider to have been settled years ago. The question is this: is there such a thing as innate talent? The obvious answer is yes. Not every hockey player born in January ends up playing at the professional level. Only some do – the innately talented ones. Achievement is talent plus preparation. The problem with this view is that the closer psychologists look at the careers of the gifted, the smaller the role innate talent seems to play and the bigger role preparation seems to play.

To build a better world we need to replace the patchwork of lucky breaks and arbitrary advantages today that determine success–the fortunate birth dates and the happy accidents of history–with a society that provides opportunities for all.

The advantage / disadvantage of arbitrary dates

Parents with a child born at the end of the calendar year often think about holding their child back before the start of kindergarten: it’s hard for a five-year-old to keep up with a child born many months earlier. But most parents, one suspects, think that whatever disadvantage a younger child faces in kindergarten eventually goes away. But it doesn’t. It’s just like hockey. The small initial advantage that the child born in the early part of the year has over the child born at the end of the year persists.

If you make a decision about who is good and who is not good at an early age; if you separate the “talented” from the “untalented”; and if you provide the “talented” with a superior experience, then you’re going to end up giving a huge advantage to that small group of people born closest to the cutoff date. 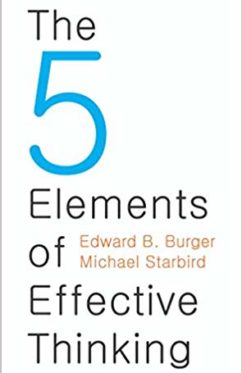 The 5 Elements of Effective Thinking

Intelligent people don’t have a natural talent. They just make better use of their minds. The 5 Elements of Effective Thinking reveals the techniques that can be used to think differently and put creativity to it’s best use. The strategies outlined in this book will change how you perceive everyday information and open doors to opportunities you never knew existed in your life! 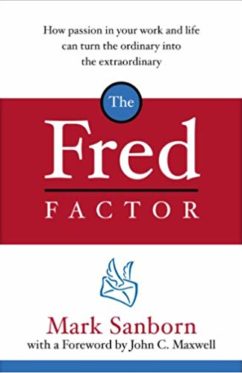 The Fred Factor: How passion in your work and life can turn the ordinary into the extraordinary

In everyone’s life, there comes an individual who has a great impact. In Sanborn’s life, it was his postman, Fred. Based on the life-lessons Fred taught him, he shares 4 principles that can change your life— make a difference, create value, build relationships, and reinvent yourself. Your Erroneous Zones: Step-by-Step Advice for Escaping the Trap of Negative Thinking and Taking Control of Your Life

Your erroneous zone is the trap you keep falling into due to guilt, worry, anxiety, and self-doubt. You think you have no control over these emotions, but Dyer proves to you that you actually do and that you can even limit the effect people can have on you. After all, time spent pleasing people would serve a better purpose if it’s spent on your goals in life instead.