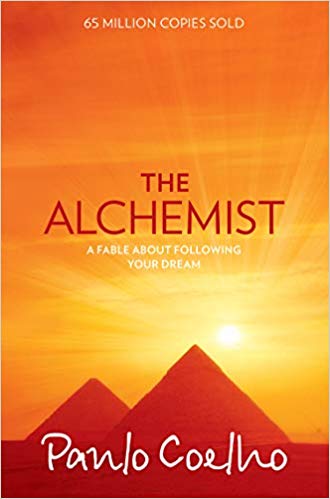 Paulo Coelho illustrates the mysterious pursuit of life through the story of Santiago, a man from Andalusia who craves a treasure no king has even dreamed of. On his journey to discovering this treasure, he learns the importance of paying attention to the whispers of the heart, the signs that life gives us and the art of chasing your dreams.

Video Review of The Alchemist by Paulo Coelho,Alan R. Clarke

Quotes from the Alchemist

It’s the possibility of having a dream come true that makes life interesting.

Remember that wherever your heart is, there you will find your treasure.

Everyone on earth has a treasure that awaits him.

Change is possible at any time

People are capable, at any time in their lives, of doing what they dream of.

At a certain point in our lives, we lose control of what’s happening to us, and our lives become controlled by fate. That’s the world’s greatest lie.

If someone isn’t what others want them to be, the others become angry. Everyone seems to have a clear idea of how other people should lead their lives, but none about his or her own.

Don’t waste your time with explanations: people only hear what they want to hear.

It’s one thing to feel that you are on the right path, but it’s another to think that yours is the only path.

And, when you want something, all the universe conspires in helping you to achieve it.

There is only one thing that makes a dream impossible to achieve: the fear of failure.

The secret of life, though, is to fall seven times and to get up eight times.

Tell your heart that the fear of suffering is worse than the suffering itself. And that no heart has ever suffered when it goes in search of its dreams, because every second of the search is a second’s encounter with God and with eternity.

Don’t give in to your fears. If you do, you won’t be able to talk to your heart.

When someone makes a decision, he is really diving into a strong current that will carry him to places he had never dreamed of when he first made the decision.

If you have a dream but you are afraid to start pursuing it, then know that you are now ready for The Dream Giver. The Dream Giver is none other than God Himself. Bruce Wilkinson helps you embrace your fears and start walking towards The Dream Giver so that you can live the true purpose of your life. 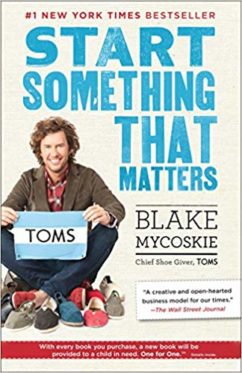 Start Something That Matters

Are you’re a passionate person with a dream and a purpose for your life? Do you want to do something you love and serve the world through it? If you want to become an entrepreneur and a humanitarian at the same time — Start Something that Matters is the right book for you. The owner of TOMS or as he is often called, the Chief Shoe Giver shares how he integrated profit and social good while having fun. 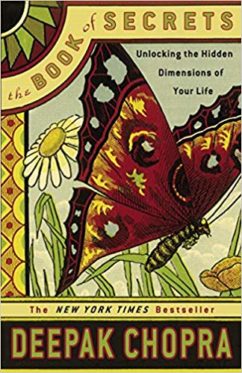 The Book of Secrets: Unlocking the Hidden Dimensions of Your Life

Your life is an endless series of secrets — from the secret of love, healing, and mercy to the ones of self-discovery and freedom. Often, it takes too much time for these secrets to be unravelled but once you figure them out, there’s nothing that can come between you and success. Renowned spiritual thinker Deepak Chopra helps you discover 15 such secrets and opens new doors in your life