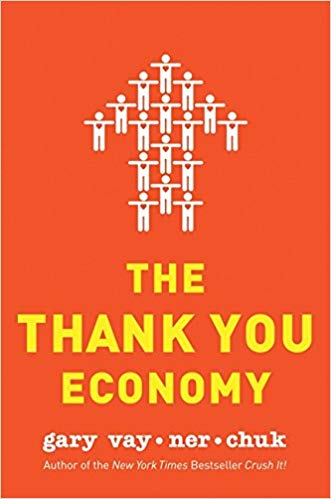 The market isn’t how it used to be. Social media changed it completely. Now, its essential that businesses know their customers personally, or at least attempt to do so. Without this connection, no business will last today. Using data and related evidence, Gary Vaynerchuk, acclaimed social media marketing expert, shares his wisdom on how businesses can reap immense rewards from the new market climate and maintain customer loyalty.

Video Review of The Thank You Economy by Gary Vaynerchuk,

Quotes & Tips from The Thank You Economy by Gary Vaynerchuk

Every time a seismic shift takes place in our economy, there are people who feel the vibrations long before the rest of us do, vibrations so strong they demand action—action that can seem rash, even stupid. Ferry owner Cornelius Vanderbilt jumped ship when he saw the railroads coming. Thomas Watson Jr., overwhelmed by his sense that computers would be everywhere even when they were nowhere, bet his father’s office-machine company on it: IBM. Jeffrey Preston Bezos had that same experience when he first peered into the maze of connected computers called the World Wide Web and realized that the future of retailing was glowing back at him.

Any company that gets so complacent it thinks everything is “fine” deserves to go out of business—it literally means its leaders have stopped caring. A competitive company is always on the offense. Always. Always. Always.

It was grounded in my belief at the time that a business is only as strong as its closest customer relationships, and that what those customers said about our business beyond our four walls would shape our future.

When given the choice, people will always spend their time around people they like.

How much do you care?

Social media has made it possible for consumers to interact with businesses in a way that is often similar to how they interact with their friends and family.

Social media gives you the tools to touch your consumer and create an emotion where before there might not have been one.

If you’re not passionate enough about what your company does to find fuel for conversation every day, for hours on end, with as many people as possible, maybe you’re in the wrong business. 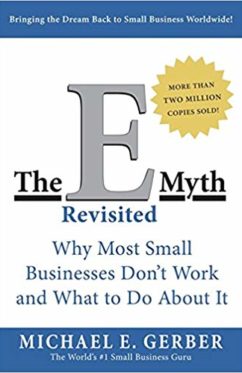 The E-Myth Revisited: Why Most Small Businesses Don’t Work and What to Do About It 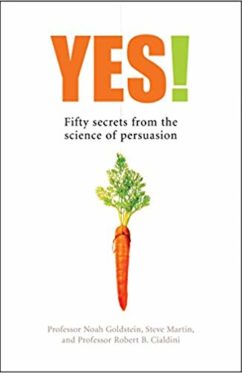 Yes! 50 Secrets from the Science of Persuasion

This book teaches you that how to make someone say “Yes” by pulling the right strings. Based on extensive research on the psychology of persuasion and influence, Noah Goldstein shares the reasons why people say “Yes” to some and “No” to others. Learn to get your own way, using the science of persuasion. 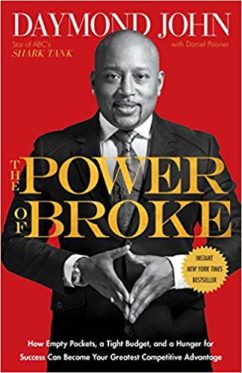 The Power of Broke: How Empty Pockets, a Tight Budget, and a Hunger for Success Can Become Your Greatest Competitive Advantage

Being broke is often misrepresented as something negative. Drawing from his own experience, Daymond John shows you the power of being broke. He claims that having insufficient funds can actually train you to make the most of what you have. The stress can force your brain to think innovatively. Overall, he opens your mind to the many lessons that only people with empty pockets learn.